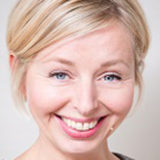 Various roles in Smack the Pony (Channel 40; Mariah Martin in Crown and Country (BBC); Stella in Casualty (BBC); Lizzie in It’s a Mystery (Media Merchants) and presenter for MTV Extra Hot (MTV London); Tamsin Wright in Holby City (BBC) and Justice of the Peace in Inside Men (BBC)

Vanessa is the voice of Jessica Duck and Vanessa the Lady Ewe in the film Mist: the Tale of a Sheepdog Puppy. She plays these and other characters in the three series that followed for Channel 5.