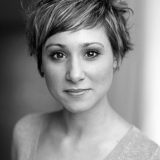 Credits: Jesus Christ Superstar, Lion King, Marcy Wills, Witches of Eastwick. Has played Eponine and Fauntine in Les Miserable West End and was the face of Les Miserable poster. Sophia has also played Anita in West Side Story, Sophie in Mamma Mia, Title of Show, Chloe in Never Forget and Grizella in Cats.