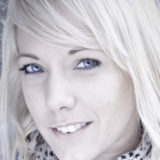 Training: Ruthie began dancing at Footlights Dance Centre in Norfolk and then went on to train professionally at Laine Theatre Arts.