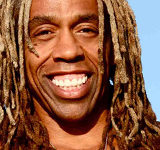 In April 2011 he was commissioned by The Royal Albert Hall to write direct and design the short film ‘Butterfly’. It was based on the winning entries from a schools competition in which students had to pitch a modern version of ‘Madam Butterfly’.

In November 2011,Beadle-Blair along with John R Gordon established Team Angelica Books. Its first publication was Beadle-Blair’s first book ‘What I Learned Today’ compiled from a years worth of his Facebook statuses. Subsequently the company has published ‘Fairytales for Lost Children’ a book of short writings by gay Somalian Diriye Osman, plus two novels by John R Gordon, ‘Faggamuffin’ and ‘Colour Scheme.’

In September 2012, One of the Angelic Tales plays ‘Slap’ by Alexis Gregory was invited to present another more-developed staged reading at Channel 4’s London HQ, directed by Beadle-Blair. The Q&A was hosted by Gok Wan