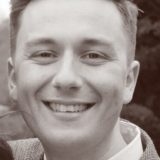 Phil recently completed an MA in Directing at Mountview Academy of Arts, while training he was Assistant Director on The Theatre Workshop’s production of A Clockwork Orange at the Brighton Fringe Festival.

Phil’s final showcase production of Anthony Neilson’s Penetrator transferred to The Hope Theatre in July last year. He was then assistant director to Peter James on Sherlock’s Last Case at the Old Laundry Theatre. Prior to Mountview, Phil ran his own youth theatre company in Cornwall, and regularly worked at Sterts Theatre, directing productions of Sweeney Todd, Annie, Les Miserable, Godspell and Saint. He was also assistant director on the Theatre Royal Plymouth production of Sailors and Sweethearts. More recently Phil was assistant director to Joshua Mumby on Blues Brothers at The Arts Theatre, and to Matthew Parker at The Hope Theatre on Lovesong Of The Electric Bear, Antigone, Sea Life and Her Aching Heart.

He also directed Data by Andrew Maddock at the New Wimbledon Studio. As a newly appointed associate director, Phil recently directed three other shows at The Hope Theatre, Beetles From The West by James Hartnell, We Plays by Andrew Maddock and The House Of Usher by Dan Bottemly and Luke Adamson. He is currently directing a new play Contactless by Tom Hartwell.

Phil loves working at The Theatre Workshop as he gets the opportunity to experience and help young people develop in both confidence and skill.