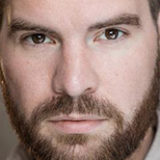 Nick is an actor, writer and casting assistant. Roles for TV include Incense in Red Dwarf (Dave), Snowden in Victoria (ITV) and Damo in Humans (AMC/C4). His comedy group Zazu have performed sell out runs at Leicester Square Theatre, SOHO Theatre and the Edinburgh Fringe Festival for Pleasance, Underbelly and Gilded Balloon. In 2016 They picked up the Three Weeks Editors’ Award. Theatre includes the Guiness World Record holding sketch show Newsrevue which he has also directed, a European tour of A Midsummer Night’s Dream playing Bottom and various new works at Hampstead Theatre and Southwark Playhouse. In 2017 he appeared in the lead role of Jason in the award winning short film Ewww (Best Comedy Crystal Palace International Film Festival.