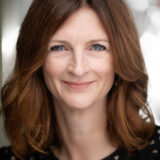 Mel has been teaching singing for over ten years since graduating from BIMM in contemporary vocals tutored by Carleen Anderson and Kate Cameron in 2003.  Mel has worked as  a singer in various bands, ranging from an Abba Tribute band to a backing singer for county band The Jamestown Union, and several covers bands. Mel went on to form The Doo-Wop Dolls, a thre part acapella girl group arranging Doo-Wop versions of songs from all genres, performing at venues across the country, and was part of six part harmony group First Night ,musically directed by Simon Gray which performed for several years at hotels and theatres in the South East. Musicals include Sweet Charity, Into The Woods, Mack and Mabel, Brenda Bly Teen Detective, Songs For a New World, Witches of Eastwick, as well as many pantomimes and as the featured singer in Two Gentlemen of Verona at the Minack Theatre in Cornwall.  Session work includes recordings for Disney, Sky and TV commercials. Mel is an Estill Master Teacher which she uses alongside other methods to teach voice.