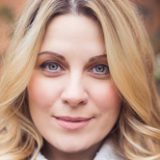 British musical theatre actress Louise Dearman is widely known through her many performances in London’s West End, UK National Tours and the UK and international concert arena. She is the only woman to have ever played both Galinda and Elphaba in Wicked in the world.

Theatre credits include: Narrator in Joseph and the Amazing Technicolor Dreamcoat (UK Tour), Jan in Grease (Victoria Palace Theatre and UK Tour), Sarah Brown in Guys and Dolls (UK Tour), Mimi in Guys and Dolls (Piccadilly Theatre), Debbie in Debbie Does Dallas (Edinburgh Festival), Grizabella in Cats (Cyprus), Eva Peron in Evita (UK Tour), The Woman in Tell Me On A Sunday (International), Soloist in Judy (UK Tour),  Mrs D in the world premiere of The Waterbabies (Leicester Curve), Glinda in Wicked (Apollo Victoria) and Elphaba in Wicked (Apollo Victoria). Louise is noted for being the first and only actress to have played both leading roles in the hit musical Wicked! In 2016 Louise returned to Guys and Dolls on the national tour to play Miss Adelaide opposite Maxwell Caulfield and most recently played Daisy Hilton in the U.K. premiere of Sideshow at The Southwark Playhouse.