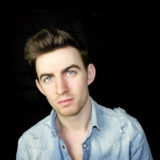 Joshua Glavin is a two time award winning UK based choreographer, performer and dancer who is consistently producing and pushing dance forward.

Training at The Royal Ballet School, Italia Conti Academy and later in LA, Josh has become a versatile dancer who has managed to turn heads with his unique look on dance. Mixing styles to produce new innovating and enchanting work making him ‘The World Dance’s in association with Harlequin Floors’ dancer to watch in 2014. This has led Josh to work with many genres and artists in theatre, television, film and music videos including Andrea Bocelli, Anton Du Beke, playing the lead in Saturday Night Fever, Disney’s Big Band Beat, The Midnight Beast, TapTronic and The Lord of The Dance, Brian Deedy and in 2016 creating his first show ‘GROWING PAINS’

Josh has worked with major television channels such as Sky1, Sky Atlantic, BBC, ITV, T4 and e4. Choreographing and dancing on main stages for artists at Glastonbury, Reading & Leeds, Bestival, T in the Park, T4 on the beach, Les Transmusicales and Coachella Festival. Josh has also had the privilege of creating and performing his own work in front of the Royal British Family at The Royal Albert Hall and Royal Opera House.

Teaching, choreographing and performing all over the world from Los Angeles to Tokyo and back in the UK has given Josh the experience, initiative, wide knowledge and passion that makes him a stimulating companion to work with.