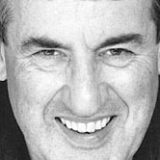 He is probably best known for his role as “Boycie” Boyce in the long running comedy show Only Fools and Horses, and its 2005 spin-off, The Green Green Grass.

Challis was born in Bristol, though brought up in South East London. His father was a Civil Servant. Challis attended the state boarding Ottershaw School near Woking, Surrey. Upon leaving school in 1960 at the age of 18 he worked as a trainee estate agent before becoming a professional actor. An early television role was in the controversial gangster drama Big Breadwinner Hog in 1969 and he made regular appearances in Z Cars as Sergeant Culshaw between 1971–75.

His other television appearances include Dixon of Dock Green, The Sweeney, Doctor Who (The Seeds of Doom), Juliet Bravo, Coronation Street, Bloomers, Citizen Smith, Ever Decreasing Circles, Chance in a Million, The Bill, One Foot in the Grave, Open All Hours, The New Statesman, Don’t Wait Up, Soldier Soldier, Brass Eye, My Family and Heartbeat.

In the 2008 series of Last of the Summer Wine he guest starred as a fake jewel thief, trying to impress the ladies.

Challis has had a number of stage roles. He appeared on spoof news programme Brass Eye, where he was tricked into believing Clive Anderson had been shot by Noel Edmonds.The outdoor scenes of the Green Green Grass were filmed at his home, surrounding fields and local villages. Four series were aired on BBC 1 from 2005–09.

On BBC radio, John played an interrogator in the play Rules of Asylum, by James Follett, broadcast on Radio 4 in 1973. He also played Dibden Purlew in Getting Nowhere Fast from 2001–04.He recenty starred in pantomime at the Plaza Theatre in Stockport where he played the part of Captain Hook in Peter Pan.