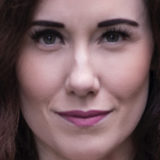 Theatre includes: Working on my upcoming One Woman Show which we be at The Crazy Coqs July 17th 7pm; most recently invited to perform in An Evening with Stephen Schwartz at The Hope Mill Theatre Manchester; Shirley in Cult which was part of Page To Stage at Southwark Playhouse (Workshop); Bianca in Murder at The Gates (Workshop); Female Authority Figure in Hairspray UK Tour(Mark Goucher Productions LTD) – 1st cover/ played Velma Von Tussle; ONE WOMAN SHOW called My Gift To You for The Big Smoke Festival (The Other Palace); The Leading Player in Pippin at Southwark Playhouse (Aria Entertainment); Originated the role of Leading Player in Pippin at Hope Mill Theatre in Manchester(Aria Entertainment); Velma in Chicago in Singapore (David Ian Productions); The Golden Age of Dance (The Theatre Royal Drury Lane); Guys and Dolls (The Savoy and Phoenix Theatre): Ensemble , understudied and played General Cartwright and Adelaide; The Producers (UK Tour) as Shirley/ Featured Ensemble; Dirty Rotten Scoundrels – understudied Muriel and understudied and played Jolene (The Savoy); Doris in the original cast of Miracle on 34th Street (UK tour); A Chorus Line – understudied and played Sheila, Cassie, Judy and Val (London Palladium); Velma in Chicago (UK tour); White Christmas (UK tour); Velma in the original cast of the Broadway production of Chicago on the Allure of the Seas; Chicago (UK tour); Monty Python’s Spamalot (Palace Theatre); The Rat Pack (Scandinavia) and Chicago (Kuala Lumpur).

Television includes: Top of the Pops, The F Word, The Alan Titchmarsh Show, This Morning, Sunday Night at The Palladium, Tonight at the London Palladium, Olivier Awards at The Royal Opera House and was a semi-finalist as a choreographer on Diet on the Dancefloor.