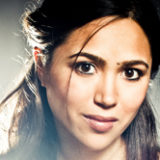 Bex has been performing professionally for thirteen years, after training in Musical Theatre at Guildford School of Acting. While she was there, Bex received the Margaret Veale award for singing and the Principal’s Award for Musical Theatre.

As an actress, Bexs television work includes The Bill, Holby City, Phoneshop and Doctors. Films include The Mistress of Spices, Aisha the American and Zoe. On stage, Bex has appeared in many musicals, including Zoe (Glyndebourne Opera House), An Asylum on Every Corner (Bucharest International Arts Festival), Exit Allen (International Festival of Musical Theatre), Kali’s Toenail (Theatre Royal Stratford East) Zorro the Musical and The Last Maharajah (West End).

She also performs throughout the country as a singer, in styles ranging from jazz and blues to soul and funk. Bex’s session work includes backing vocals for Josh Groban at The Royal Albert Hall, Ruthie Henshall on The Magic of the Musicals tour and soundtrack work for Holiday on Ice. Ten years ago she set up The bb Collective, an eight piece soul and funk band that has seen Bex perform at numerous high profile events and venues across the UK and abroad, including Kensington Palace, Bush Hall, The Heineken Cup Final, The Banquetting House, Madame Jojos and Dover Street. The bb Collective has since become a boutique agency and now offers a wide variety of live music for events.