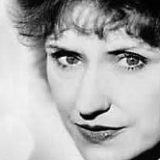 Anita earned a silver disc for her hit record Anyone Can Fall In Love. An album On My Own followed and she also hit the best sellers list for her book My East End. Anita released another album Talking Of Love, written and produced by Queens Brian May, from which the single Talking Of Love hit the singles chart.

Anita has appeared in theatre all over the country and in the West End throughout her career. She started in Budgie with Adam Faith at the Cambridge Theatre, as Olga in The Three Sisters at the Royal Court, as Madame Jourdain in Le Bourgeois Gentilhomme at The National Theatre, as Donna in Kvetch at the Garrick, as Luisa Weiss in My Lovely..Shayna Maidel at the Ambassadors and as Kitty in Charleys Aunt at the Aldwych opposite Gryff Rhys-Jones and she has also worked extensively at the Citizens Theatre, Glasgow.

Anita scored personal success in the role of Gladys in The Pyjama Game at the Birmingham Rep, The Princess of Wales Theatre, Toronton and the Victoria Palace Theatre, London. Other theatre includes: Late Night Cabaret at the National Theatre entitled Almost Like Being In Love and was dedicated to the work of Alan J Learner; The Vagina Monologues at the Arts Theatre, London, The Lowry Theatre, Salford and most recently at the Wimbledon Theatre, London; V-Day (A Vagina Monologues extravaganza) at the Royal Albert Hall; the role of Cleanthis in The Island of Slaves directed by Neil by Neil Bartlett at the Lyric Theatre, Hammersmith and Nancy in Frozen, directed by Bill Alexander at the National Theatre (Cottesloe), for which she received stunning reviews and was nominated for Best Actress for an Olivier Award, Evening Standard and the London Theatre Critics Awards.

Anita has played the wicked Queen in Snow White in both Croydon and at Tunbridge Wells and will be reprising the role at the Wycombe Swan this year. In the West End she starred in the role of Mamma Morton in Chicago at the Adelphi Theatre and most recently has been playing Mrs Meers in Thoroughly Modern Millie at the Shaftesbury Theatre.

On television, to the delights of the public, Anita was reunited with her Eastenders co-star Leslie Grantham in the thriller serial The Stretch and has made countless other television appearances including: Urban Gothic, Casualty, Hearts and Bones, Sunburn, Lily Savage, Dangerfield, Slap Bang with Ant and Dec, the crime drama NCS, Doctors and Holby City all for the BBC and The Last Detective for ITV. Most recently she has filmed the role of Elaine Wanless in the New Tricks for the BBC which will be seen next year.