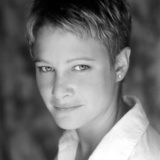 Nikki trained at Sylvia Young Theatre School and The Guildford School of Acting.
She has just appeared as Dead Mam in the UK & Ireland tour of Billy Elliot.
She has been performing professionally for several decades with work including West
End, Tours, TV, Film, Cruises & Cabarets and her album “This Time Around” is
released on the Dress Circle Label.
Nikki has taught nationwide and is passionate about encouraging talent.